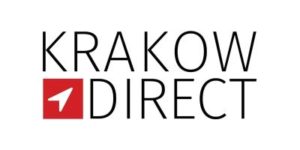 The Judds is a an American country music band consisting of two great women – mother and daughter – Naomi and Wynona. The beautiful duo has released six studio albums as far. Though the girls have officially ended the career a few years ago you can still hear them occasionally at different event in the US, mostly in Las Vegas.

The biggest achievement in Naomi’s and Wynona’s activity was winning five Grammy Awards and Country Music Association for Best Country Performance which was the most successful act in country music. The duo ceased performing in early 90’s because of Naomi’s bad condition and since then the mother and the daughter have been performing together occasionally. The most memorable gig they have given was unquestionably the performance at the Super Bowl XXVIII halftime show. The song they’ve performed “Changing for the Better” turned out to be a bull’s eye! The whole public was singing with The Judds. The show was really unforgettable. In 2010 the Judds announced they’re gonna do a tour. The Last Encore Tour was you could follow watching the reality television series The Judds. After the successful tour it seemed that they’re gonna start performing regularly again! But all the fans’ bold expectations were dissipated. Then, a few years there was not a word about the memorable duo. Until now when The Judds came back to conquer the country music world! What’s gonna happen? No-one knows that. But one think is certain – the world’s country music stage is of the Judds.

3 thoughts on “ABOUT US”